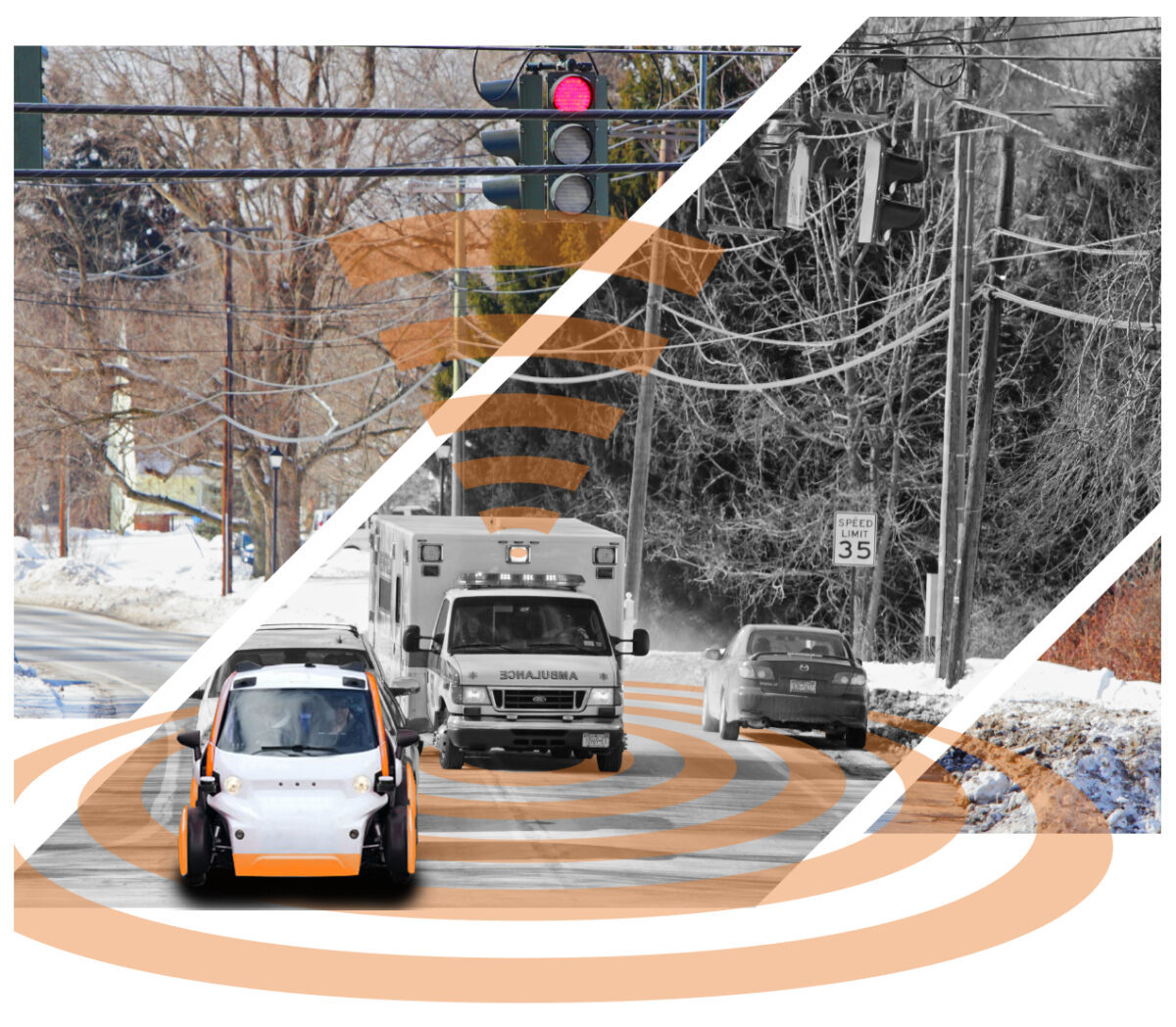 In the future, vehicles equipped with automated driving systems (ADS) that drive us instead of us driving them will become a reality. These vehicles will integrate onto roadways and may change operational interactions with other vehicles in certain scenarios. Public safety officials, such as law enforcement, fire and rescue, and emergency medical personnel routinely interact with a broad spectrum of public and private vehicles to protect people, to investigate crimes or crashes, and to save lives. This research effort sought to determine the following:

An extensive review of available literature and consultations with subject matter experts allowed the research team to determine the most common scenarios where public safety officials interact with other vehicles. Those scenarios included responding to an incident, securing an incident scene, conducting traffic direction and control, conducting a traffic stop, investigating an abandoned or unattended vehicle, and performing stabilization and patient extrication. Each of these operations were broken down task-by-task using a Hierarchical Task Analysis (HTA). The HTAs were converted into task diagrams to illustrate the procedures.

A combined effort between the Virginia Tech Transportation Institute (VTTI) and the University of Massachusetts Traffic Safety Research Program (UMassSafe), a division of the UMass Transportation Center (UMTC), conducted focus groups and one-on-one interviews with a total of 79 public safety officials. The participants were law enforcement, fire and rescue, and emergency medical services (EMS) personnel from 22 different U.S. states and 3 Canadian provinces.

In the interviews and focus groups, the research teams showed the participants three of the six different scenarios and posed questions regarding how accurate the research team’s depictions of the operations in the videos were. These responses allowed the research team to fill in any gaps in knowledge or highlight any potential differences in operations that may exist depending on department size, department type, or geographical region.

In the final portion of each interview, the research team showed a video that introduced participants to the idea of ADS-equipped vehicles in DO (referred to in the focus groups and interviews as vehicles equipped with automation in driverless mode). Subsequent questions focused on the scenarios the groups had previously discussed, and they were asked how the advent of those systems might change their current procedures. Responses were typically provided in the form of questions or hypotheticals. Much of the feedback provided allowed the research team to deduce the suggested needs of public safety officials as well as potential opportunities for the technology to benefit their current procedures. Each interview closed with questions regarding which scenario may be afforded the greatest opportunity for improvement when considering ADS-equipped vehicles in DO as well as the extent of their experience with vehicles that are currently sometimes referred to as “autonomous.”

The most common responses included the following interaction types, themes, and associated number of responses, indicated in the parenthesis.

Direct Interaction: Represented the need to know “How to…”

Indirect Interactions: Represented the need to know “How to…”

The participant feedback indicates several potential opportunities for improved interactions between public officials and future ADS-equipped vehicles in DO. Consistent actions by vehicles in all the scenarios was said to largely benefit the safety and efficiency of public safety officials. Additional technologies that were speculated to be associated with these vehicles, such as mass communication capabilities to warn other vehicles and detailed data of the vehicle’s behavior prior to an incident or traffic stop, were all mentioned as strong positives for resources, time, and safety. The responses garnered from the interviews conducted with public safety officials were stated inquisitively as needs but are opportunities for additional research efforts to investigate further.

The objectives of this research effort were to:

The steps taken to accomplish these objectives will be the focus of this document: