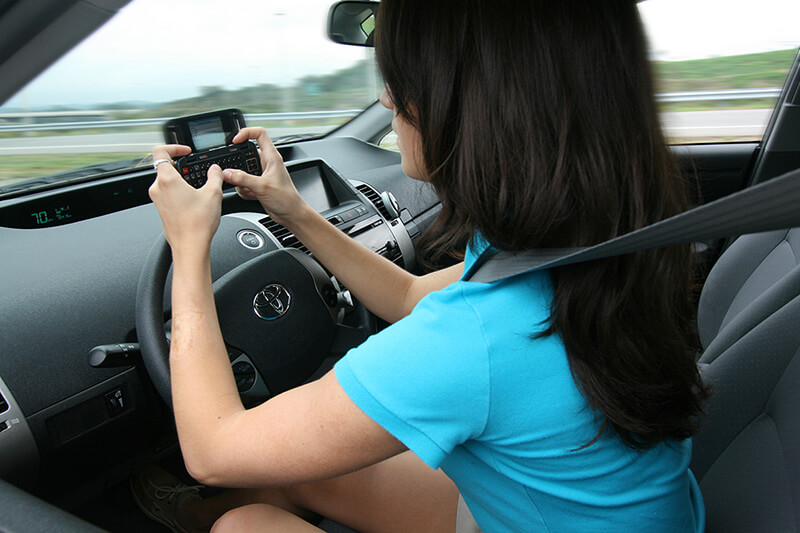 Teenage drivers are eight times more likely to be involved in a collision or near miss during the first three months after getting a driver’s license, compared to the previous three months on a learner’s permit, suggests a study led by the National Institutes of Health. Teens are also four times more likely to engage in risky behaviors, such as rapid acceleration, sudden braking and hard turns, during this period. In contrast, teens on a learner’s permit drove more safely, with their crash/near crash and risky driving rates similar to those of adults. The study appears in the Journal of Adolescent Health.

“Given the abrupt increase in driving risks when teenagers start to drive independently, our findings suggest that they may benefit from a more gradual decrease in adult supervision during the first few months of driving alone,” said Bruce Simons-Morton, Ed.D., M.P.H., senior investigator at NIH’s Eunice Kennedy Shriver National Institute of Child Health and Human Development (NICHD) and one of the authors of the study.

The study is one of the first to follow the same individuals over time, from the beginning of the learner period through the first year of independent driving, while continuously collecting information using software and cameras installed in the participants’ vehicles.

The study also evaluated parents’ driving in the same vehicles, over the same time, on similar roads and under similar driving conditions as their children. Near-crash events were those requiring a last-moment maneuver to avoid a crash, while crashes were physical contact between the driver’s vehicle and another object.

The study enrolled 90 teenagers and 131 parents in Virginia, and the data collection system was developed by the Virginia Tech Transportation Institute in Blacksburg.

“During the study, we equipped participants’ private vehicles with VTTI-developed data acquisition systems, which allowed us to document kinematics, miles driven, and video recordings of the driver and the driving environment. We then analyzed and compared crash, near-crash, and risky driving rates during the learner and early independent driving periods by gender, time of day, and road surface conditions,” said Charlie Klauer, leader of VTTI’s Teen Risk and Injury Prevention Group.

Overall, the study found that the crash/near crash rate for teenagers did not decline over the first year of independent driving, while the rate of risky driving modestly declined. According to the researchers, if teenagers were learning from their experiences, one would expect that the driving risks would consistently decline over time.

When comparing male and female teens, the study team found that the risky driving rate did not differ by gender during the learning period. However, when teenagers entered independent driving stages, males had a higher risky driving rate. This rate did not consistently decrease over time for males but did decrease for females. The crash/near crash rate was similar across genders and driving periods.

“During the learner’s permit period, parents are present, so there are some skills that teenagers cannot learn until they are on their own,” said Pnina Gershon, Ph.D., the study’s lead author. “We need a better understanding of how to help teenagers learn safe driving skills when parents or other adults are not present.”