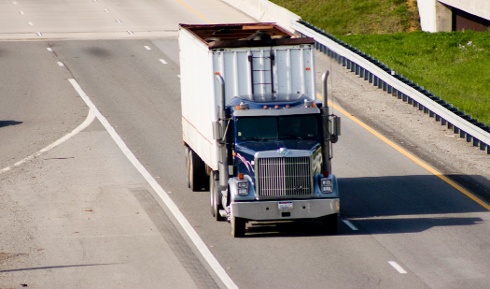 BLACKSBURG, Va., Feb. 3, 2015 – Commercial truck drivers for years have been required to follow Hours-of-Service rules while on the job, taking required rest or sleep breaks between long periods of driving.

Now the Virginia Tech Transportation Institute is taking a new look at the impacts of restart breaks on commercial truck drivers’ safety performance and fatigue levels as part of a $4 million study for the Federal Motor Carrier Safety Administration.

The FMCSA is the government agency tasked with regulating interstate commercial truck and bus companies, including the number of hours a driver can work in a week, known as an Hours-of-Service regulation. A recent federal spending bill that enacted on Dec. 16, 2014, suspended two provisions of the current Hours-of-Service rules, pending the completion of a new commercial motor vehicle driver restart study.

The FMCSA solicited proposals to conduct the new study in mid-December and has selected the institute’ Center for Truck and Bus Safety to lead the effort. As part of the Commercial Motor Vehicle Driver Restart Study, the institute will track and compare truck driver fatigue and safety performance levels for drivers who take two nighttime rest periods during their 34-hour restart break, and for drivers who take less than two nighttime rest periods during their restart break.

“We are excited by the opportunity and have assembled a world-class team to lead this landmark study mandated by Congress,” said Richard Hanowski, director of the safety center. “A better understanding in which the new Hours-of-Service provisions are being implemented by drivers, and to better quantify fatigue and the relative road safety risk, is an extremely important issue for highway safety. We have an opportunity to perform ground-breaking research that will have impact for decades to come.”

Hanowski and his team will recruit an estimated 250 truck drivers for the on-road study. The team will compare five-month work schedules of drivers, assessing crashes, near-crashes, crash-relevant conflicts, operator fatigue/alertness, and short-term health outcomes for the two groups of commercial truck drivers.

Drivers are being recruited from small, medium, and large fleets across a variety of operations — long-haul, short-haul, and regional – to help ensure statistically significant results. The research plan also involves including a variety of haul types in the study, including flat-bed, refrigerated, tanker, and dry-van trailers.

“Our Truck and Bus Safety center is well-suited to lead this research based on past work we have done in this field,” said Hanowski, adding that the center has previously spearheaded studies about hours of service regulations for FMCSA. “We have coordinated similar projects that were smaller. This will be the largest study of its kind ever performed using commercial vehicle drivers.”

Hanowski’s team will track driver road-time and resting/sleeping statuses via onboard truck electronic logging devices, which track a driver’s on-duty time and record and measure safety-critical events, according to the FMCSA mandate. The team also will measure and code fatigue levels of drivers using high-tech watches that are worn on the wrist.

“Truck driver fatigue is a prevalent problem and is a tremendous safety concern on our nation’s highways,” said Thomas A. Dingus, director of the institute and an endowed professor with the Virginia Tech Charles E, Via Jr. Department of Civil and Environmental Engineering.

“The Virginia Tech Transportation Institute is honored to be selected to undertake this study that will help provide the solution. We are privileged to have the resources necessary to help inform policy makers in a collaborative effort to significantly reduce the number of safety-critical events occurring on our roadways.”

The institute is tasked with producing a final study report that will be subject to independent peer review panels with both medical and scientific expertise. The study findings will ultimately be delivered to the U.S. Department of Transportation and Congress.